Beginning halfway through Semester 2 of 2018, I worked with a small team in ‘DXH602 – Embodied Interactions’ to produce a prototype. The brief for this prototype was to make an exhibition for Queensland Museum, and our team decided to cater to the Lost Creatures section of the museum.

We decided to create a pressure pad that was decorated with elements that relate to dinosaurs, and this pad would act as an input for a simple game. This post will go over some of the process images I captured to show our progress throughout the semester. 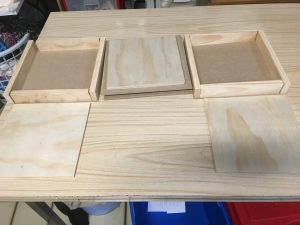 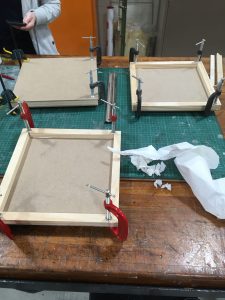 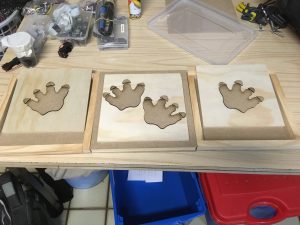 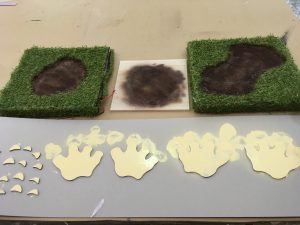 Near-Final Setup, Final Wiring
Shown here is the final pad setup, however wiring could use work. Last photo is of improved wires. 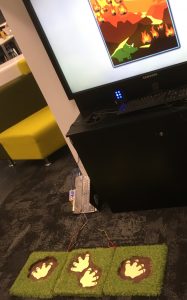 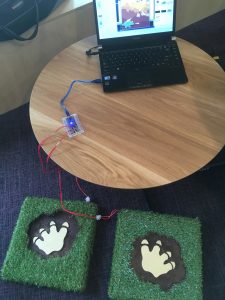