For the Game Maker’s Toolkit Game Jam 2019 (GMTK Game Jam 2019), I worked with an online friend to create a game in 48 hours. This game is a platformer, with the restriction of only using one button (the space bar) to play it.

My responsibilities for 1.0 included:
– All in-game spritework (Adobe Photoshop spritesheets, animated in Unity)
– Half of the code (especially movement mechanics, and level transitions)
– Half of the Unity work (especially Tilemaps, Animations, and user interfaces)
– Constant proofreading of code, gameplay testing, and using git-flow
– Two of the level designs (Levels 4 & 6)

Version 1.1 was released on 30/10/2019. It consists mostly of features added by myself, including a new control scheme, a new Options screen with recorded video demos, and dozens of bug fixes / code optimisations. The new camera was added by my dev partner.

Version 1.2 was released on 30/08/2020. Includes a Spanish translation and several bug fixes. This is the final version.

More information and download links can be found on the Itch.io page for the project.

To view the source code for this project, take a look at the GitHub repo. 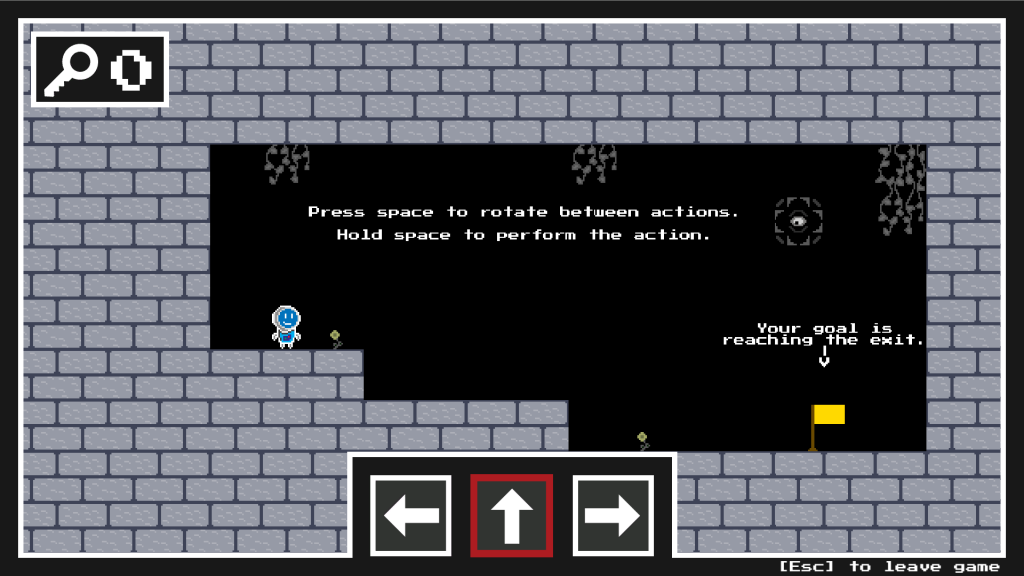