Welcome to my first public video game project! The game has been worked on occasionally since October 2018, where it was shown at the Wander 2018 design show as a university assessment. The final update was released mid-April 2021.

Chaotic Comets is inspired by space-shooter games of the past, while having modern improvements such as 3D models and using the Unity game engine. There is a single-player and two-player local multiplayer mode, an interactive tutorial to learn the game’s mechanics, shop for ship upgrades, among other features.

The game can be played with various controllers or a keyboard.

More information and download links can be found on the itch.io page for the project.

To view the source code for this project, as well as view commit history starting with version 1.3, take a look at the GitHub repo. Of note for this portfolio is the Assets/Scripts folder, where the C# code I’ve written resides. (There are certain scripts which I didn’t write, those are documented in the ‘zz-attributions.txt’ file in the game’s download) 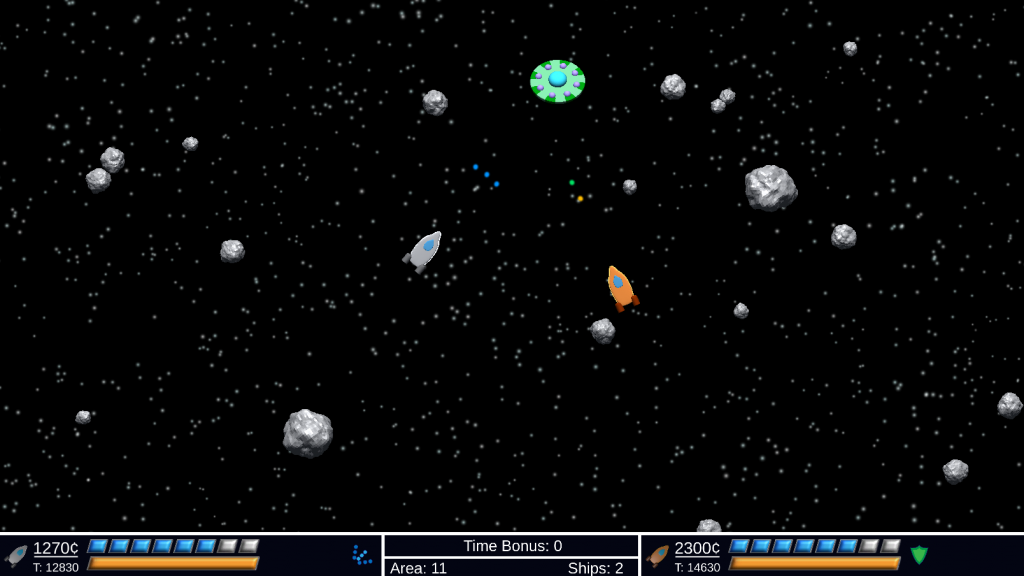